I'm sorry I haven't updated this blog in a while, but I've been busy with my new job! The job I mentioned I had an interview for on October 26th? I got an offer on the spot! The interviewer said that she liked my vibe and felt that I'd be a good fit for the company.

I've really been neglecting many parts of my life because of work. I haven't been on my home computer much because when I get home from work I'm very tired and so I just eat dinner and go to bed. I don't use the computer when I wake up in the morning because I have to be quick to get ready for work. Sigh. I didn't think a job where I'm sitting all day would wear me out so much. I guess it's because I'm having to interact with people all day, and because I'm an introvert with anxiety it drains all my energy. I'm not tired at work, but as soon as I get home I'm completely wiped.

Other than the fatigue, things are going okay. I think I'm going to like this job to some degree, it's a lot different than any other job I've worked. I've never worked in an office, and I've never worked for a start-up. Things are a big mess during training, as we're having a lot of technical issues with the virtual desktop we're supposed to be using, as well as the internal program for the site we're doing customer service for. It's a little annoying, but getting paid to sit around and do nothing is kind of my jam.


It's been getting cold here, and with daylight savings time it is dark by 5pm. Most of my pets are hibernating, including my ants and bearded dragon. I've been leaving the window open a little bit to keep it from getting too hot in my room, and I suppose that prompted my creatures to treat it as if it were winter. I don't mind though, apparently diapause for ants keeps the queen nice and healthy, and I'm sure there's some sort of health benefit for bearded dragons and other animals that brumate.

It is kind of nice to get a break from worrying about the ants. I am a little sad that they're not going to be growing for a good few months, but I feel like after it starts to warm up their numbers are going to explode. It'll be exciting, as I plan for my Crematogasters to move into a proper nest after they come out of diapause and warm up a bit. The nest I have for them is an Esthetic Ants small nest which I bought from UtahAntShop on Etsy. I'd like to support more U.S. based businesses, but a lot of the "good" ant shops are in Europe or the U.K. I live near the Tar Heel Ants store, and I've bought from them before, but they're very expensive. I have a bunch of their mini hearth nests and I don't know what I'm going to do with them. Maybe eventually I can move my Crematos into one, but personally I'd love to keep big Camponotus in them.


Having a full time job now, and subsequently being so fatigued, I haven't had much time or energy to make art. I've been wanting to draw my fursona some more, and before I started this job I did end up drawing one picture of them showing their feets and tummy. 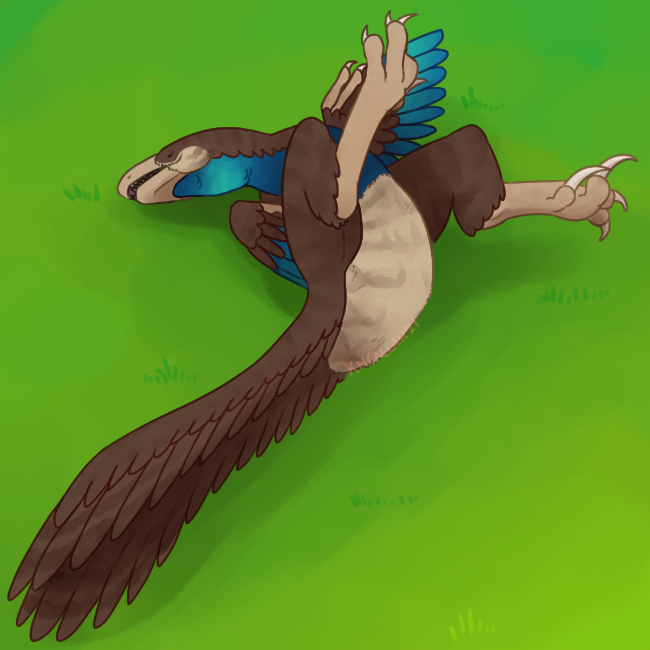 Rolling around at the speed of sound.

I've been delving a bit more into the furry fandom. I've been watching some furries on Youtube talk about their experiences at conventions and stuff like that, and I've also joined a big furry discord server (The Furry Nexus). I'm thinking of finding a server that's smaller or maybe even one that's adult only (not necessarily NSFW, just one with older people).

I even stepped pretty far out of my comfort zone and sent in a request to join a local furry meetup group. I actually just checked and I was let in! I'm not sure if I'll be able to go to any actual meetups, but hopefully one day I will work up the courage to.

Anyways, I'm pretty tired now, so I'm going to go to bed. I hope you have a good weekend!