I realized after publishing my last blog that I completely forgot to share any of my art, so I guess that's what I'll get into today. I'm a digital artist for the most part, and I love drawing creatures like dragons and dinosaurs. I'm in a few Art Roleplaying Games (ARPGs), though I'm only really active in two- DracoStryx and the PaperDemon ARPG. I find ARPGs help with my motivation, as I feel more obliged to create art, and I usually do things more consistently if I'm obliged to someone else to do them, rather than just depending on my own internal motivation. I know that finding a way to internally motivate myself is important, but I'm working on it.

Dracostryx caught my eye a few years ago when I found it on DeviantArt, but I only got into it earlier this year. Right now I only have two characters (stryx) involved in it, but I only really use one. I have a character submitted into design approvals, as I won a semi-custom in a raffle, and I'm happy with her design and I'm excited to get her approved.

This is a reference of my stryx Rocky along with his rider, Scott. 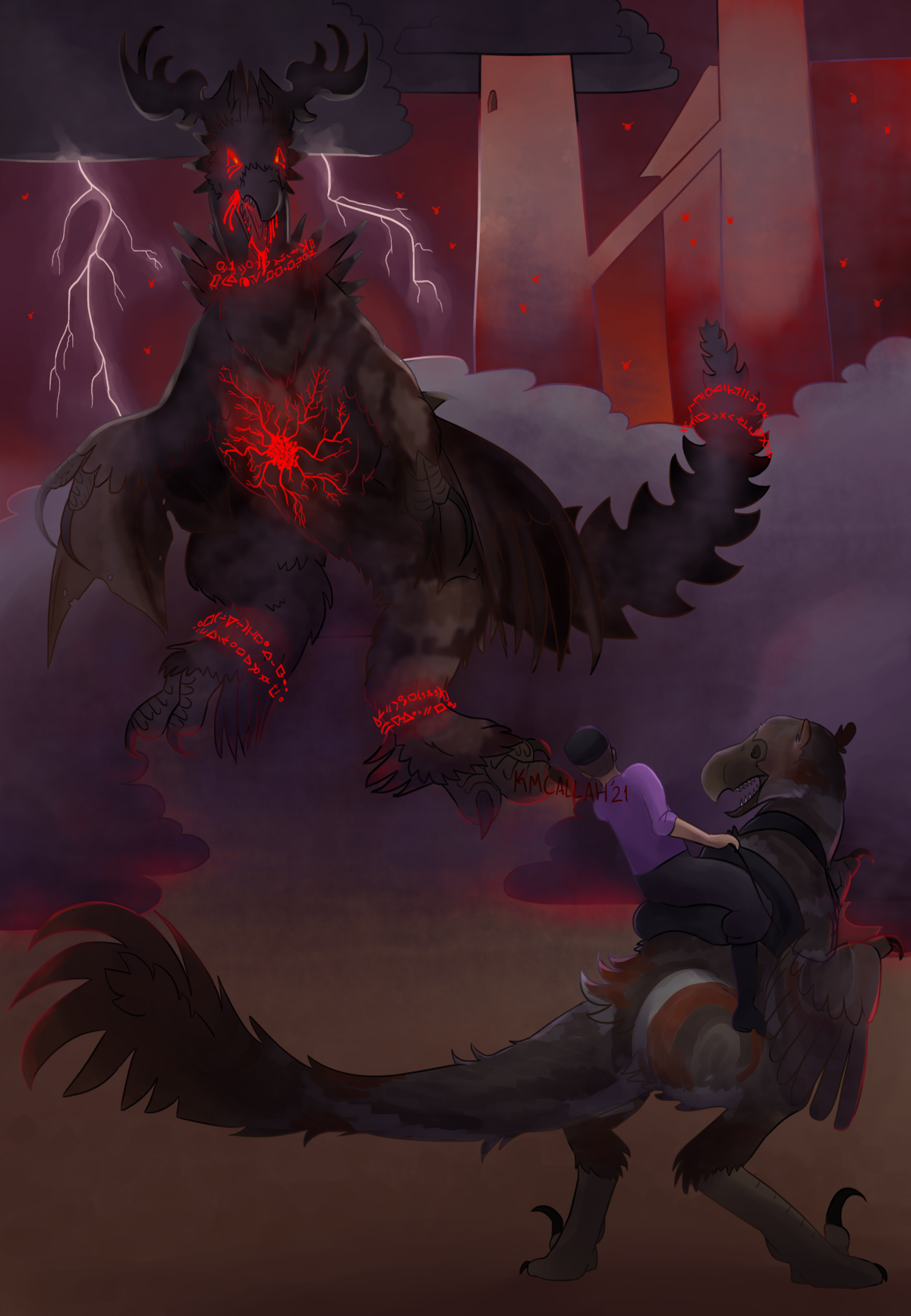 This was my final entry to an event called the Wraith's Lament, I'm quite proud of how this turned out.

The PaperDemon ARPG is interesting because you're able to pretty much make any kind of character you want, as long as they cohere to a small set of rules. DracoStryx, along with many other ARPGs, are centered around closed species, meaning that you can't make a character of that species without permission. Some groups require you to purchase one of their closed species characters with real-world currency, but the ones I'm in have ways to get them for free or through trading with other players. 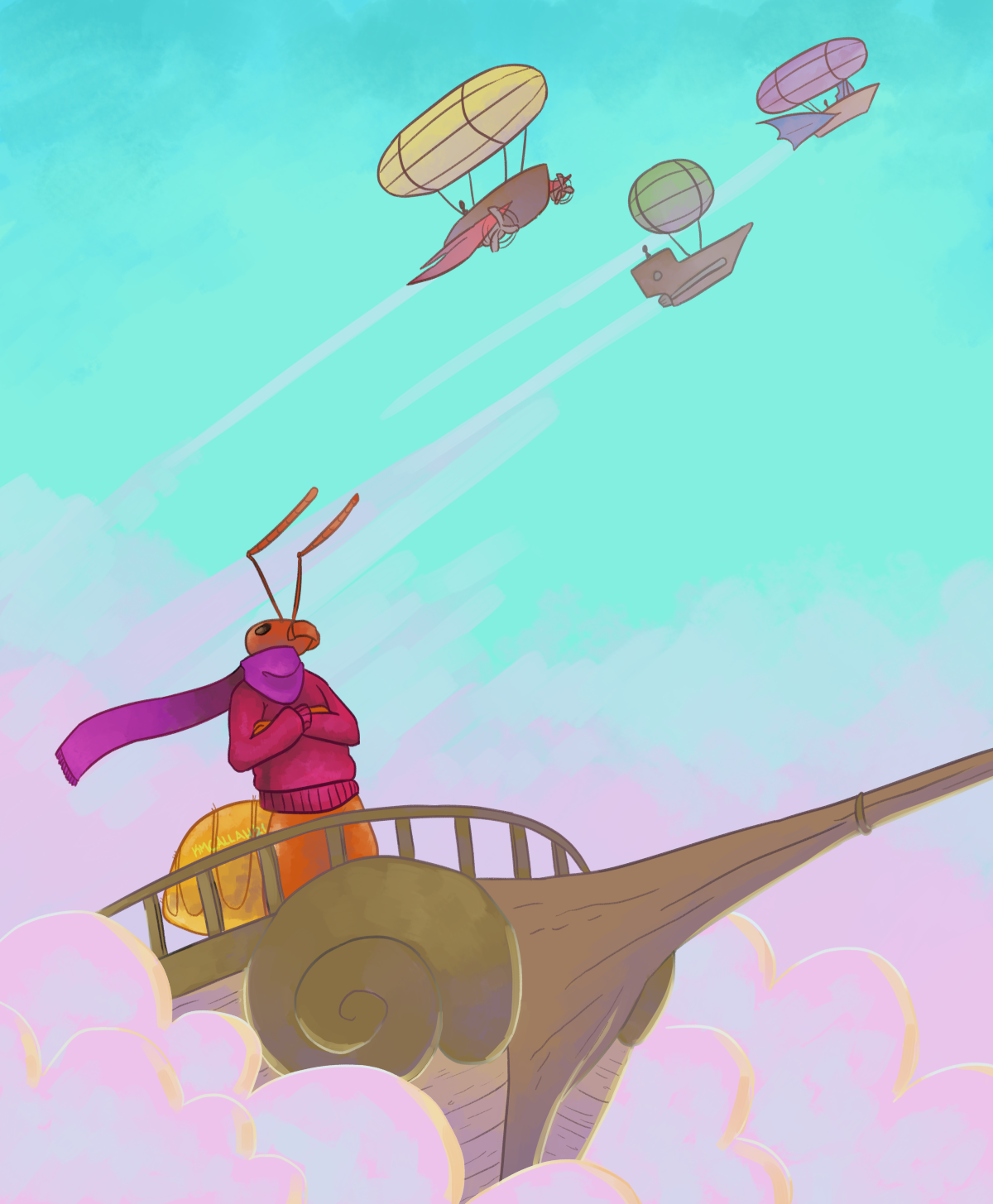 My character in the PDARPG is a humanoid ant named Vivitsa. Here she is watching an airship race above the clouds. 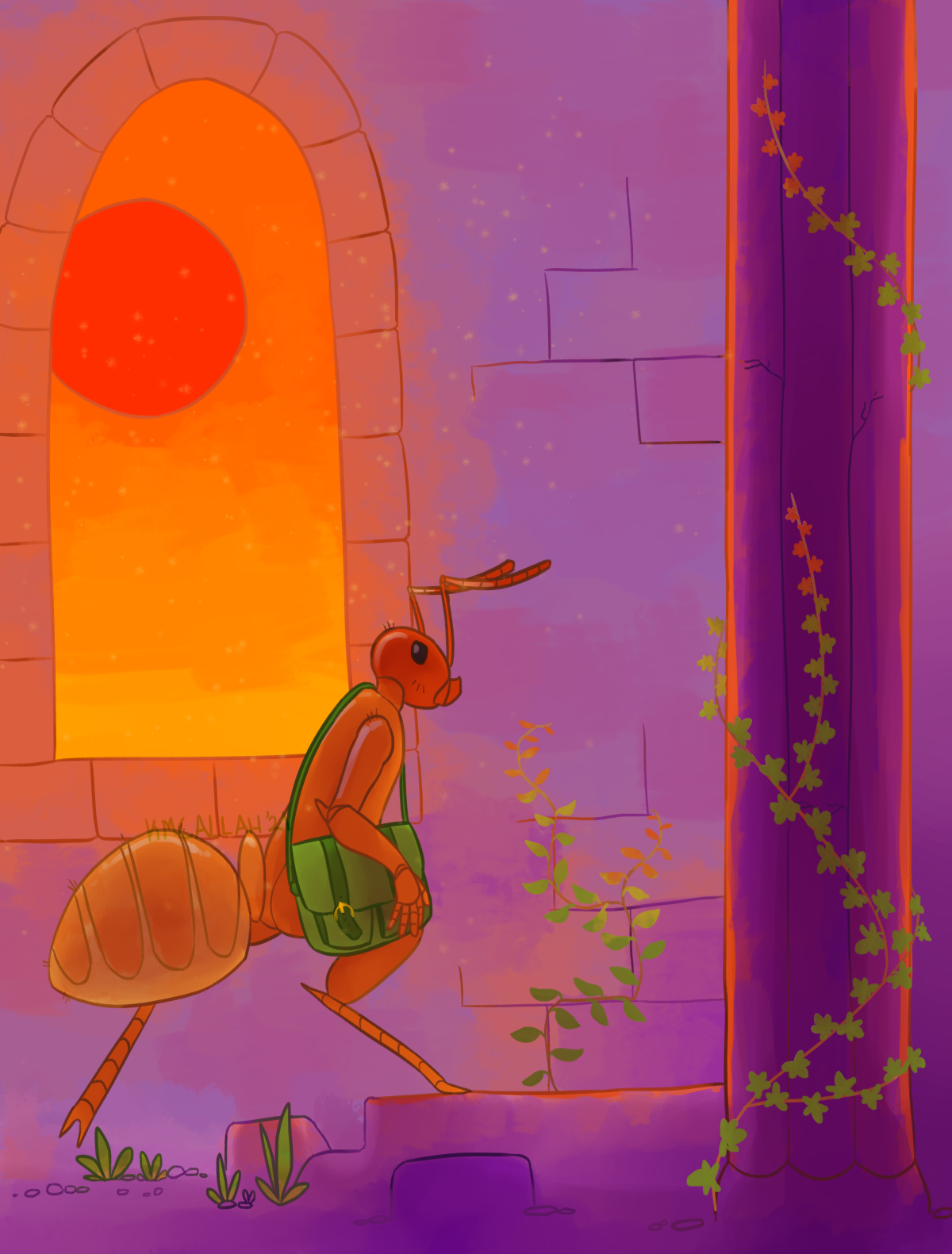 Here she is exploring some ruins on a planet in perpetual daytime.

I have a lot more art on my DeviantArt and PaperDemon accounts, if you're interested in looking at more of my art.


In my web development world, I didn't get much done today. I wanted to study Javascript, but I found it very hard to focus on the videos I found. I think I want to read the information instead of having someone explain it to me through video. I'm listening to freeCodeCamp's three-and-a-half hour long Javascript for beginners video, but obviously I'm not paying much attention if I'm typing this right now, haha.

Despite sleeping for nearly thirteen hours last night, I was very tired today. I think I do better with less sleep, but I'm very prone to oversleeping when I don't really feel like doing anything (which is most of the time). Yesterday I only slept for around three hours, and I was up all day without taking any naps. I did go to bed pretty early, but I still stayed up about fourteen hours. Maybe I need to adjust my sleep so that I'm only getting a small amount of sleep each night, rather than sleeping for twelve-plus hours.

Javascript seems much harder than HTML and CSS, which I guess makes sense since they're not really programming languages like JS. I feel like if I can learn JS I can probably learn anything, and one day I'd love to learn Java to make my own Minecraft mods. I tried learning LUA a few months ago so that I could script my own Roblox games, but I kind of fell out of that since I wasn't making much progress. I worry the same thing might happen with this web development thing. I'm kind of hyperfocused on web development right now, so I'll probably burn out at some point if I don't take it easy. Yesterday I didn't take it easy at all, spending nearly twelves hours straight just coding this website.

I want to make web development or web design my job. I feel like it is a decent way to go, since I've always been interested in it and I think I'm kind of okay at it. I have much to learn, but I also think I'll be able to learn it as long as I stay devoted. I don't know if I want to be a freelance web developer or if I want to work at a company, but I'm pretty sure I'll have to start out doing freelance work.

When it comes to what I want to do with my life, I really don't know. A week ago I wanted to make a living off of my art. Today I want to be a web developer. A couple months ago I was hired at a full time job and I thought that's what I wanted to do, at least for a while. Earlier this year I wanted to make video games. I'm very indecisive, but I don't want to be a jack of all trades, master of none. In retrospect, I probably don't want to make my art into a career, since it is my hobby. I was recording art timelapses and posting them onto my Youtube channel every week, but admittedly I'm not very charismatic and I kind of fell off of doing that.

I feel like my art isn't really marketable. I have a kind of mish-mash of styles because I'm not really sure what kind of style I want. I want to learn how to realistically render things, but I'm also lazy and I like the look of a more cartoon-y artwork. My indeciveness follows me to my art, where I have no idea what I want to do with it, either.


Anyways, I'm getting pretty tired again despite taking a nap earlier. I hope you have a lovely day, and until next time!